To ease overcrowding at Tempe Preparatory Academy, Peter Basso Associates provided MEP engineering for the 5,000 sf addition to the existing campus. Included were three new stand-alone buildings, or “pods.” Pod A has two science classrooms/labs and associated preparation room,  Pod B has five seminar/class rooms, and  Pod C has an art classroom and two offices. Cooling is provided by rooftop units and a variable air volume system for control within each classroom. Power and lighting were designed for the interior spaces, along with building-mounted exterior lighting.

This project involved an unusual electrical system, which was fed from two separate services. One was a typical 240/120V, 1-phase service, while the second was a 240/120V, 3-phase service. Our project included upgrading, replacing, and relocating the 3-phase service. The existing to remain single phase service was tapped into to feed one of the new pods. The new service fed the other two new pods. It also had to back feed three existing buildings and their distribution. Working with the “wild leg” on the three phase service created larger than expected distribution panels (both in physical and electrical size) and a substantial amount of coordination in balancing the new and existing loads. Being in a residential service area, the project was also limited to a new 600A service. 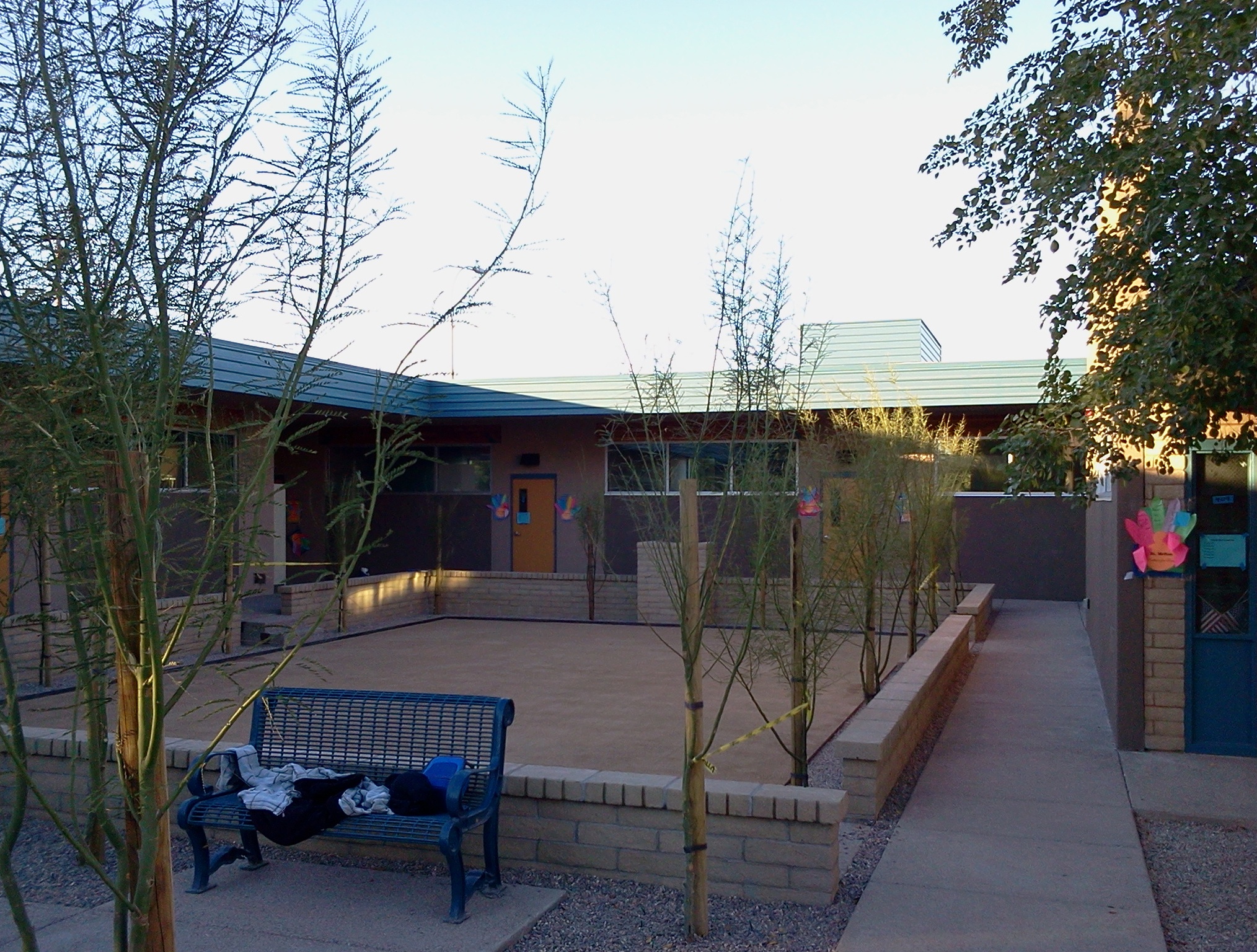