Focusing on SVSU’s energy efficiency goals, the design and construction team for the new 150,000 square foot Ryder Center Fieldhouse addition looked at every available technology to reduce the energy impact of this new building, which houses a 70-yard indoor practice football field and an indoor running track to hold various field and sporting events.

Lighting for the new Ryder Center Fieldhouse addition playing floor and spectators’ area will be provided by energy efficient LED fixtures that provide direct light to the field without wasting any light. The LED fixtures have a rated life expectancy of more than 50,000 hours. All the LED fixtures in the Fieldhouse are dimmable, allowing the lighting system to provide enough light to meet required NCAA levels, while still being diverse enough for numerous other non-conference sporting events. Translucent walls allow for daylight harvesting, and the dimmable light fixtures provide only the required light to the space.

Cooling is provided to the Fieldhouse by a fan wall made up of 24 variable speed-controlled fans that pulls the outdoor air to help temper the space during the cooling season. The fan wall is banked in four stages allowing for added control of the system. When the direct digital control (DDC) system is operating in cooling mode and the outdoor air temperature is no more than 5 degrees above the space temperature, the fan wall will modulate the speed and number of banks of fans. The outdoor air will be drawn through large louvers on the opposing exterior wall.

Heat is provided to the Ryder Center Fieldhouse directly using 34 infrared heaters that are located throughout the playing area, spectator area, and concourse level. The heaters provide multi-step control using the high and low stage burners all controlled through the DDC system.  The use of infrared heaters reduces tremendous amounts of fan energy that would otherwise heat the space and aids in providing more direct heating. This also prevents having to maintain the entire system when only a portion of the Fieldhouse is being used.

Ventilation air is provided to the playing surface, spectator area, and concourse level using an indoor energy recovery air handling unit. The energy recovery unit extracts energy out of the locker room exhaust air to preheat outside air, which is provided through a demand control ventilation system which reads the carbon dioxide sensors throughout the spaces and controls the fan speed and outdoor air percentage based on a maximum 800 parts per million (ppm) carbon dioxide level. The remaining heat required by the heating coils comes from a primary-secondary variable volume hot water heating system. This system utilizes 92 percent efficient condensing boilers and variable speed drives on all secondary pumps, reducing the energy intensity of the system.

The use of carbon dioxide sensors in a large arena/fieldhouse application helps to reduce the energy consumption of a typical system with a set outdoor air percentage. Only when more outdoor air is needed is it is supplied to the space. In this application, the difference between a fully occupied space and a minimally occupied space is the difference of several thousand cubic feet per minute (CFM) of outdoor air. Using carbon dioxide sensors to control outdoor air percentage has numerous applications that go beyond large arena/fieldhouse spaces. Small conference rooms, offices, and classrooms are just some of the other applications where this technology can be utilized to save energy. 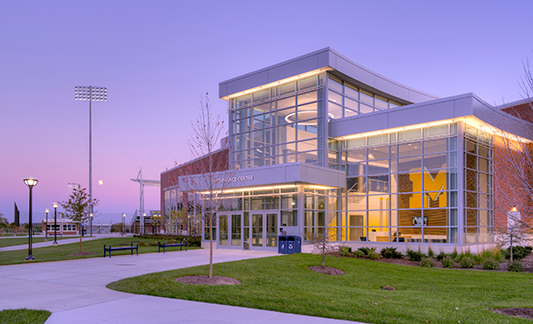 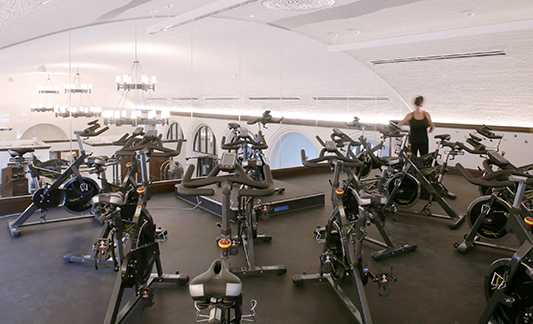 At a turning point in its 119-year history, the Country Club of Detroit completed a $9 million renovation of its clubhouse. Offering more services through year-round operation. 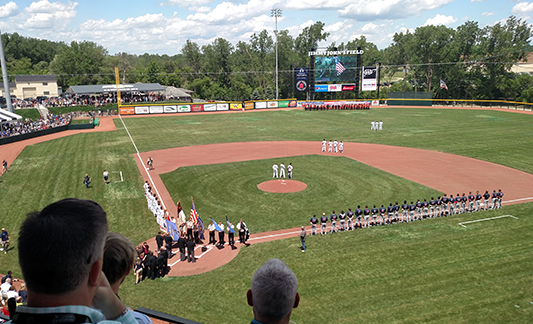 The new Jimmy John’s Field in Utica, sitting on a 75-year old unregulated landfill site, marks the largest redevelopment the city has seen. 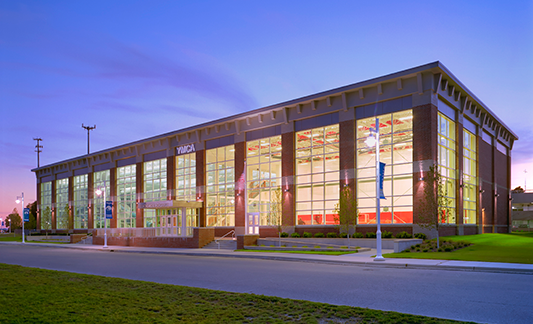 The 65,295 square foot YMCA of the Blue Water Area is organized around a central spine with a public entry at each end, while a third entry provides access to a childcare center. 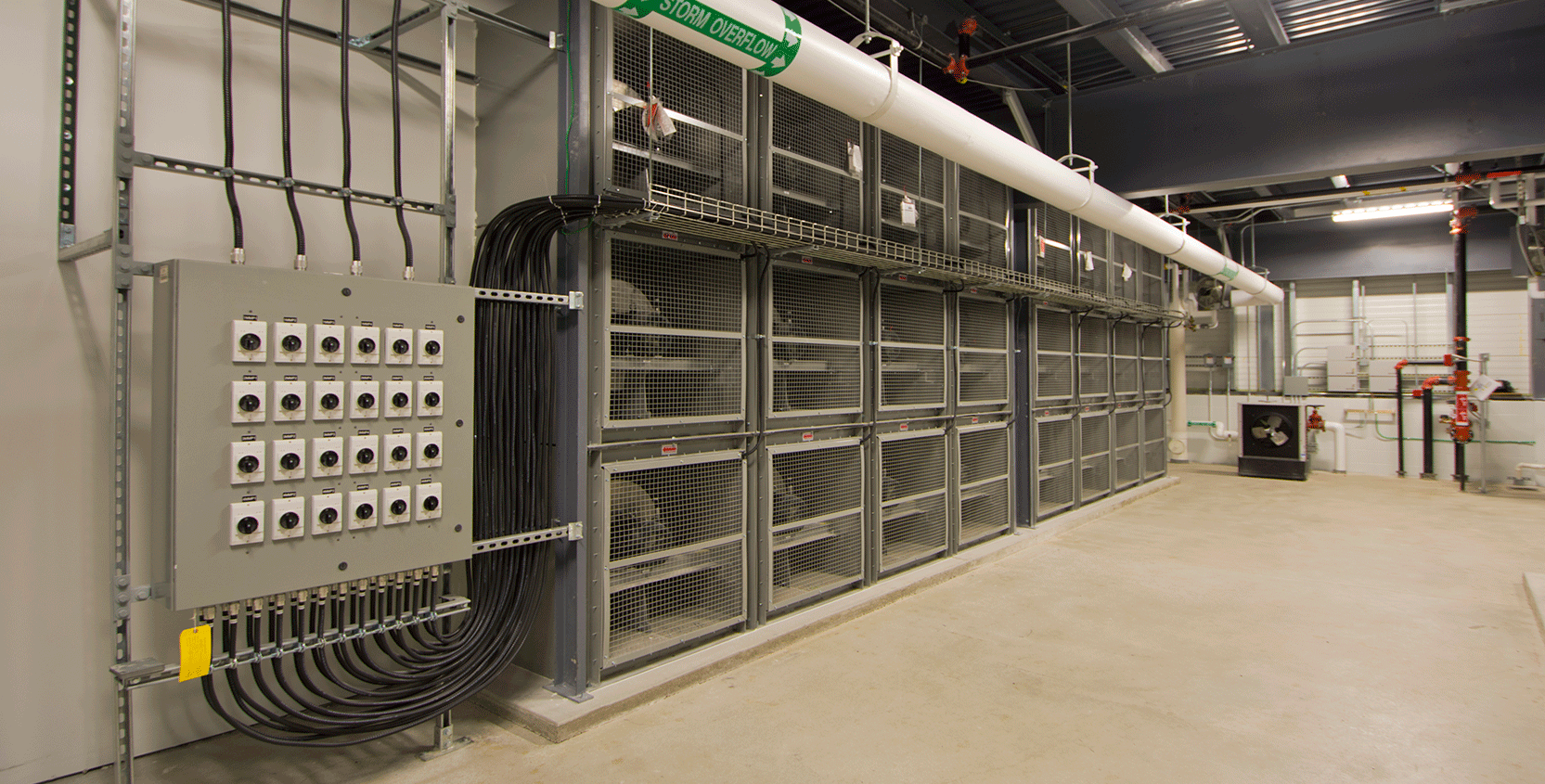 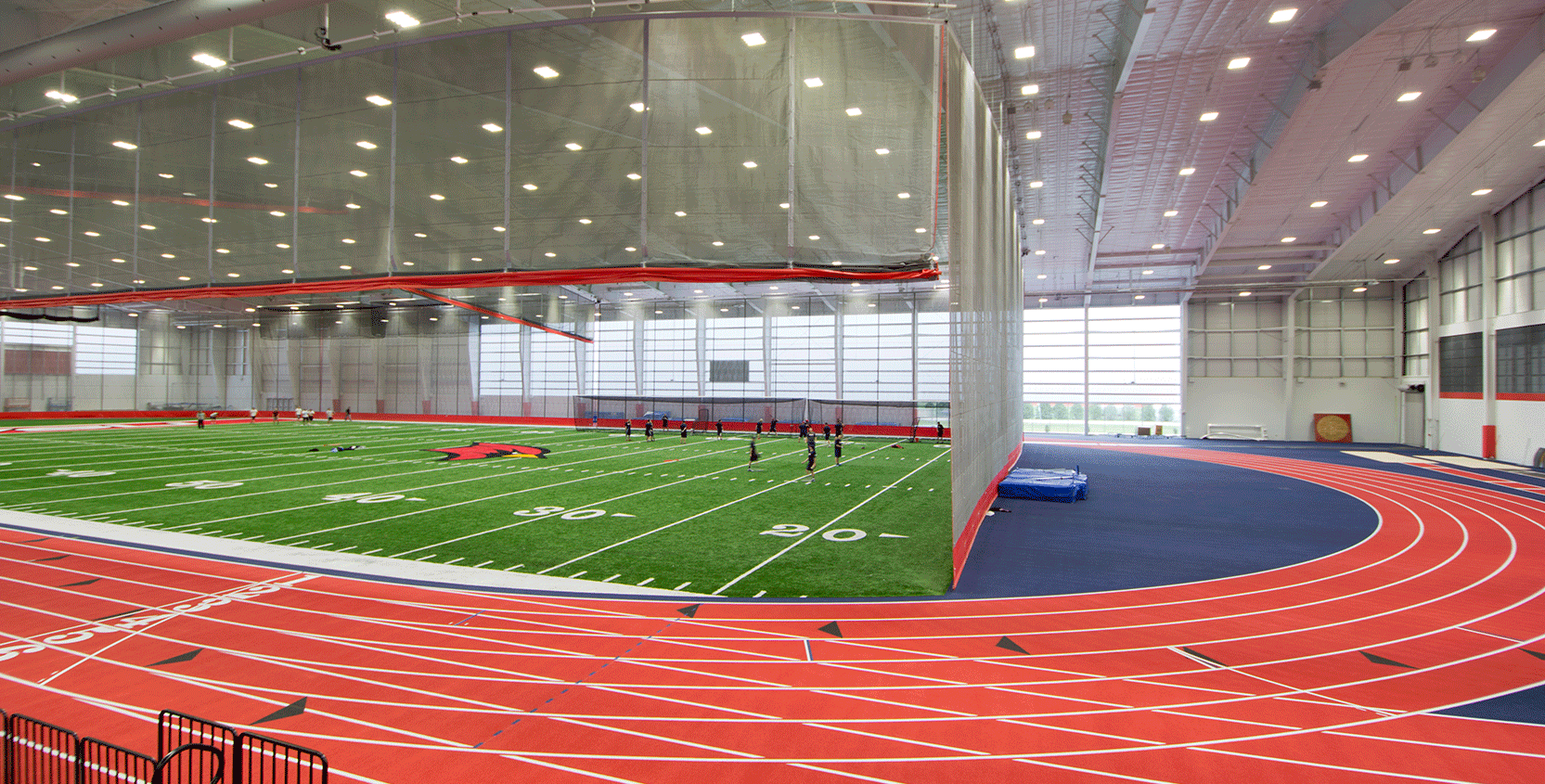 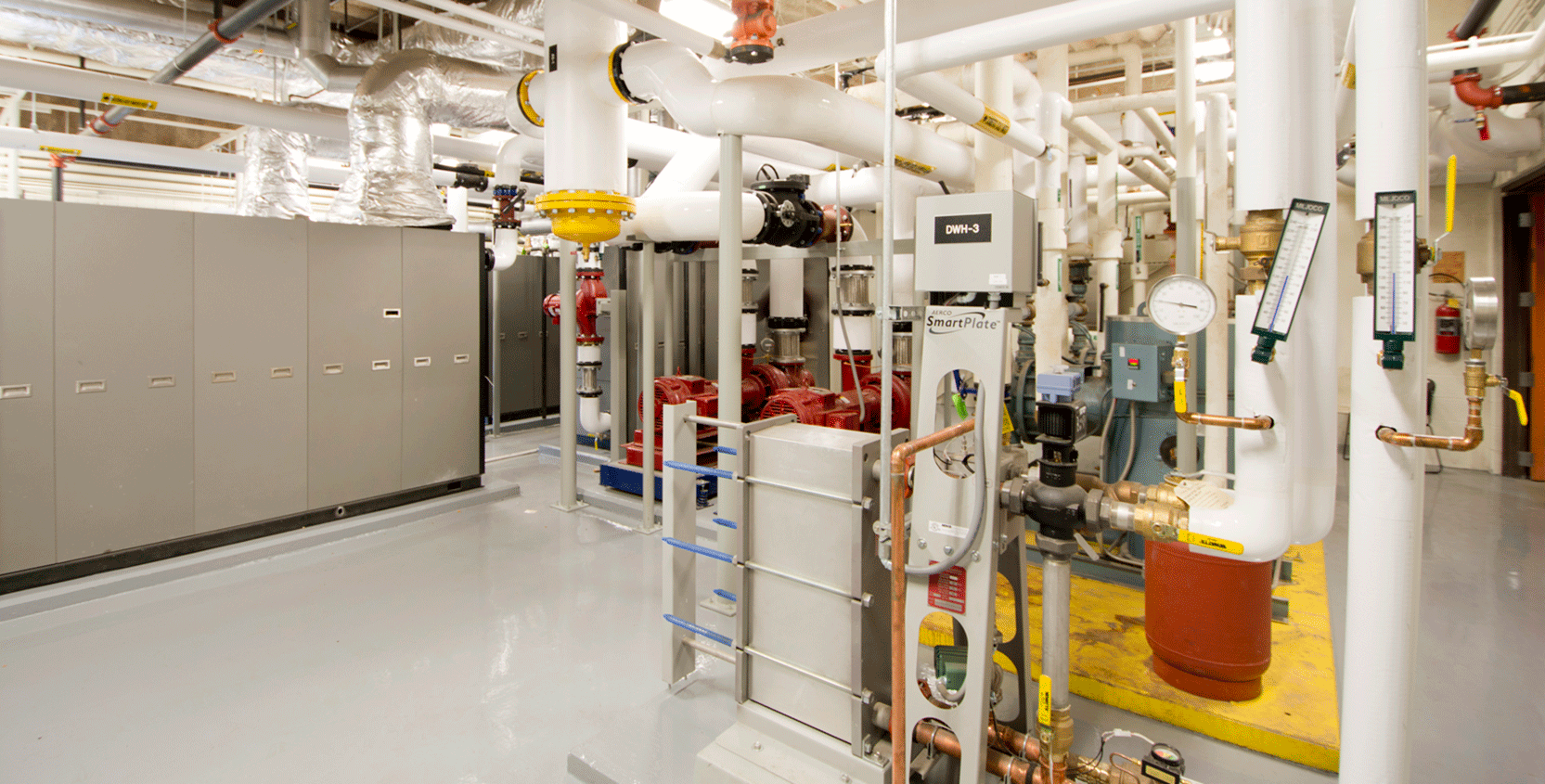 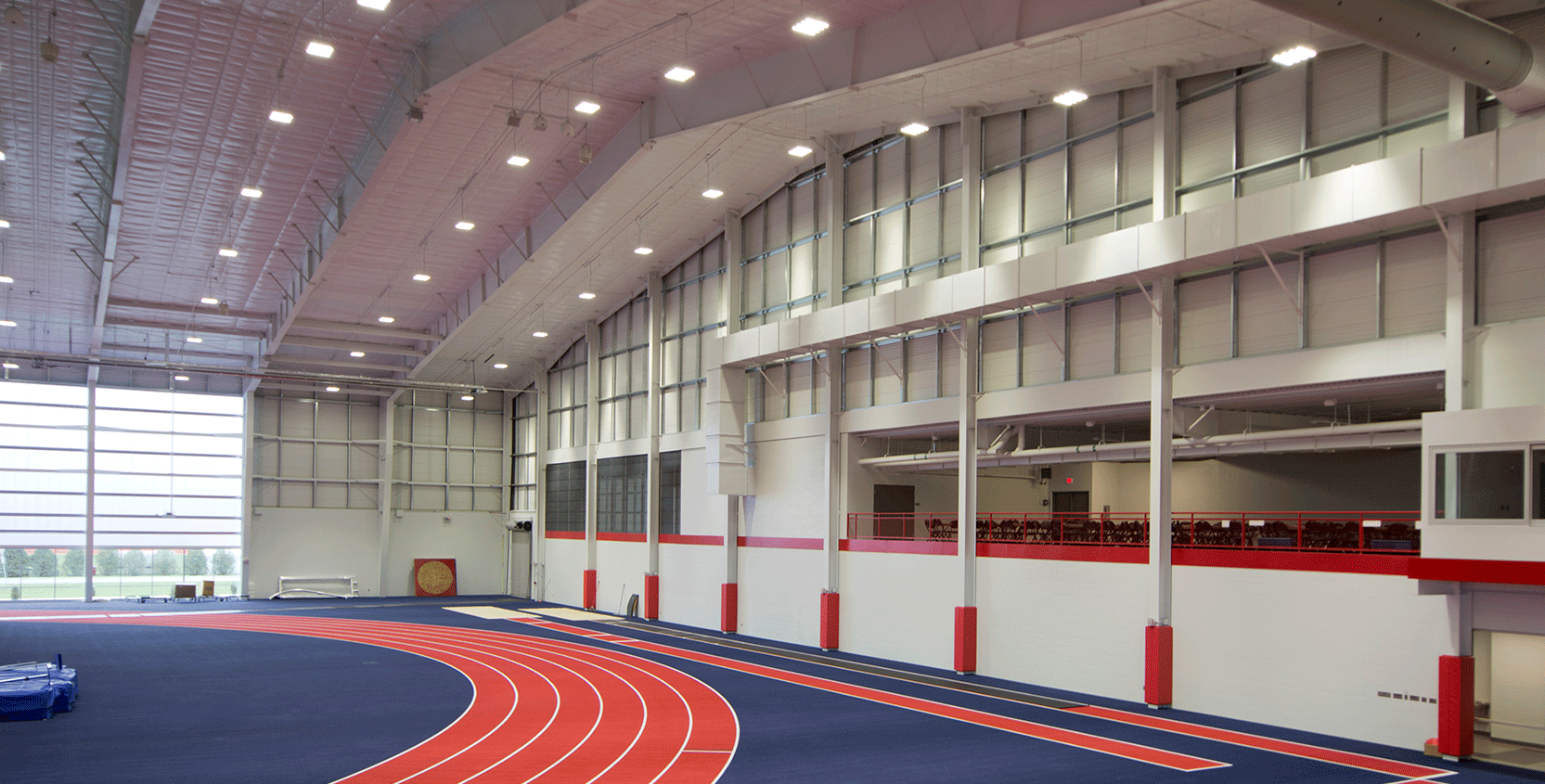 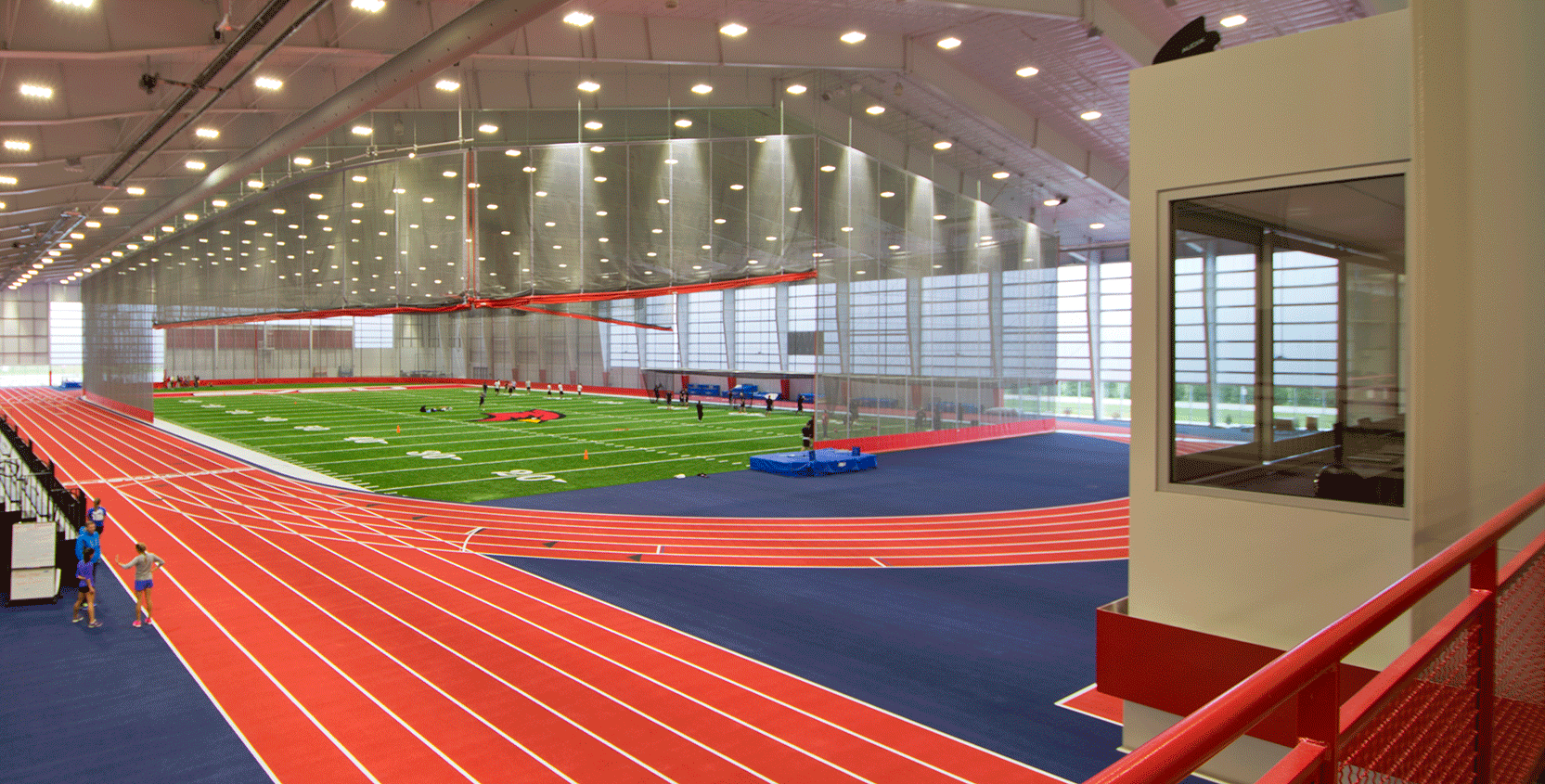 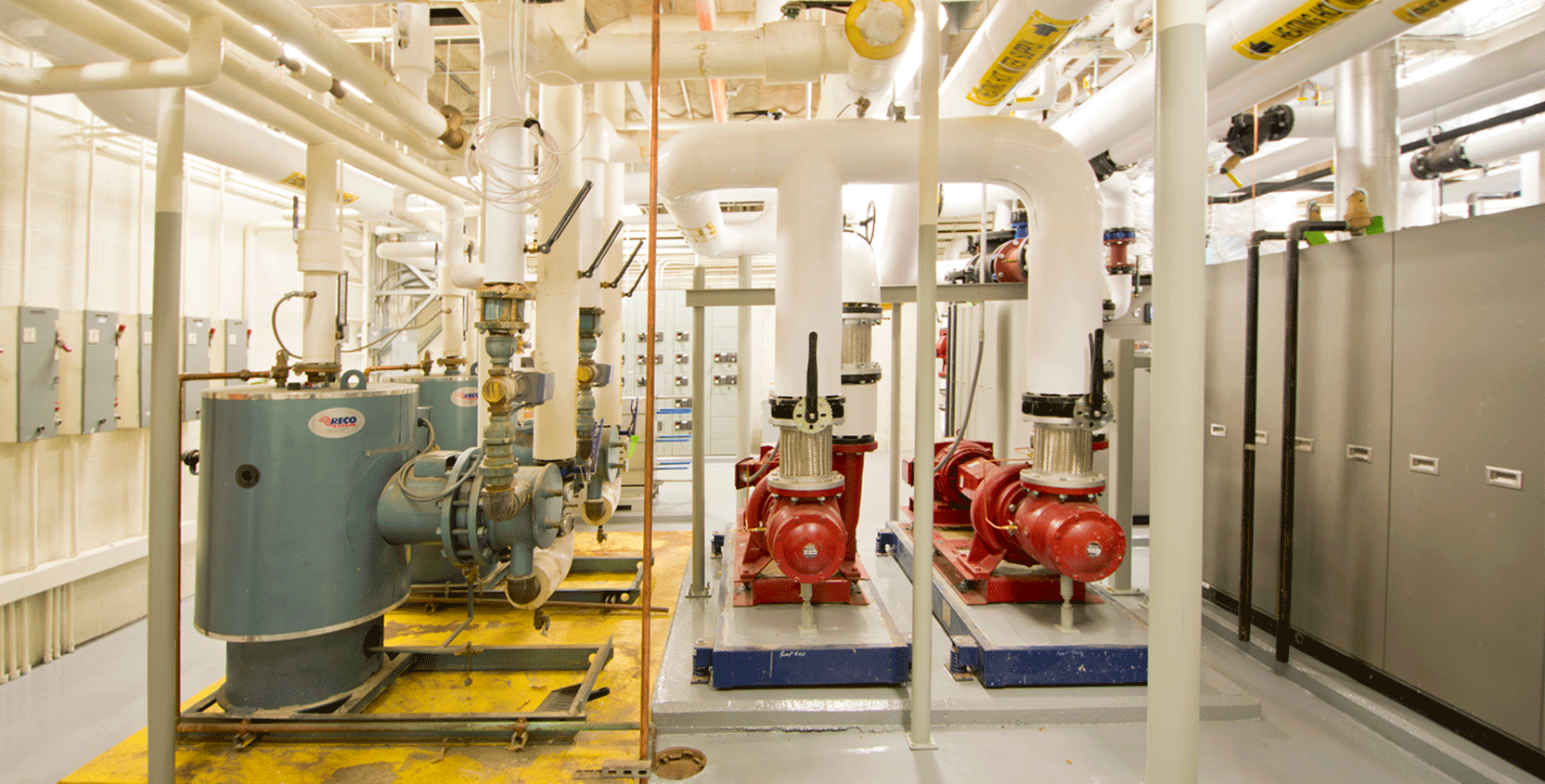 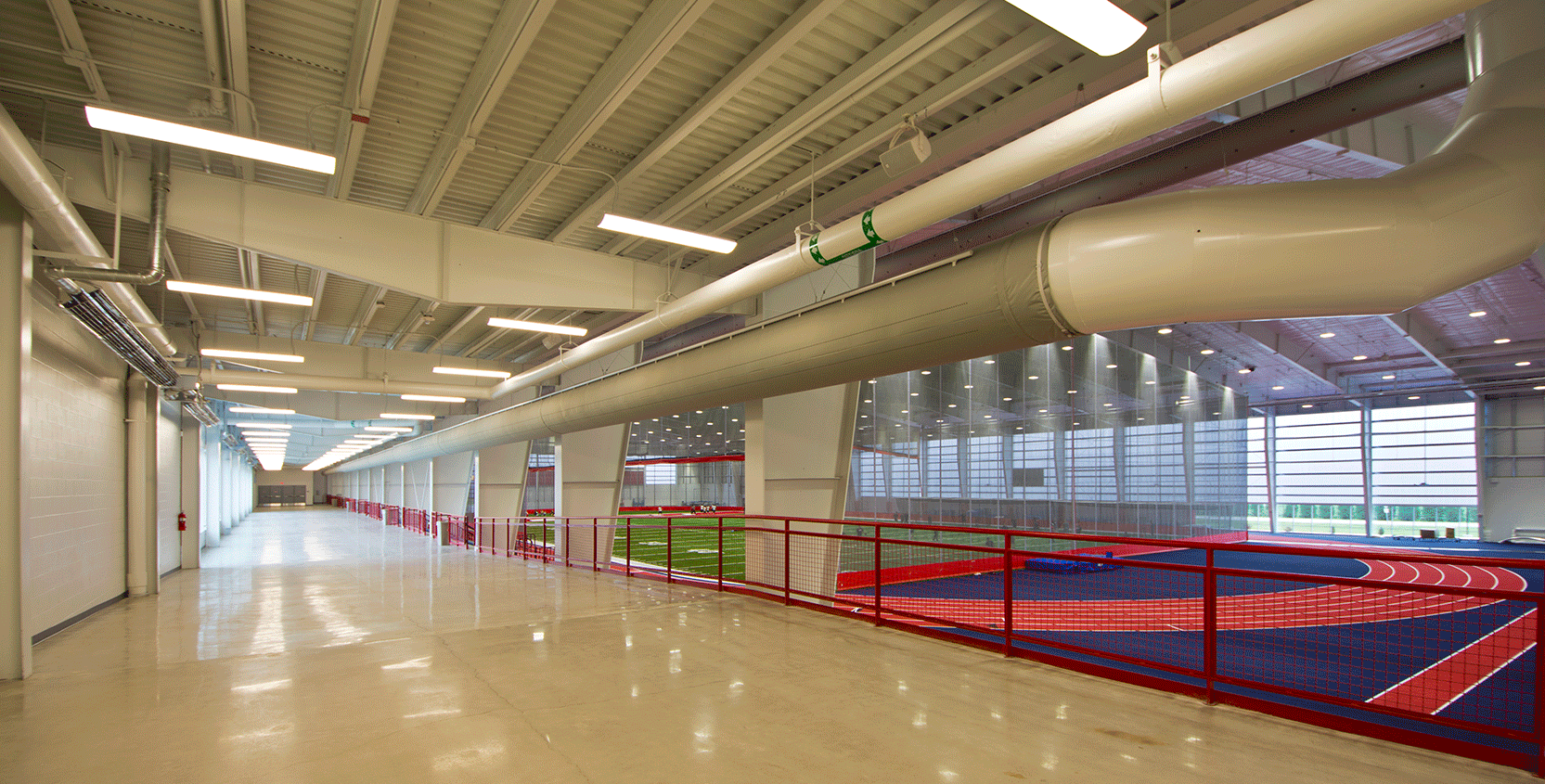