Onsted Community School District approved the sale of qualified school bonds totaling $16.2 Million to fund renovations and modernization of the District’s Elementary School and Middle School. The Board of Education and Superintendent wanted to assure the public they were being good stewards of their trust, so a strong focus was put on high performance systems. The energy efficiency and cost saving features of the proposed systems were used in the bond campaign and were successful in gaining overwhelming approval on election day. Onsted Elementary School is 117,500 square feet; the oldest portions were constructed in the 1920’s and the newest portions were constructed in 1994. Onsted Middle School is 67,500 square feet and was constructed in 1994.

The Board of Education of Onsted Community Schools had committed to providing modern, code compliant HVAC systems to all of their building areas. The addition of cooling and the increase in ventilation air required by current code compared to the relatively low volumes provided by the existing equipment, would generally suggest higher operating costs with the replaced systems.  To minimize the effect, the owner chose to install a campus wide closed loop geo-exchange system to serve both buildings.

Space heating and cooling needs are served completely by unitary closed loop water source heat pump systems.  Classroom spaces are each provided with a self-contained Vertical Unit Ventilator (VUV) complete with water source heat pump and integral energy recovery wheel.  Large common spaces, zoned by use and occupancy, are served by packaged roof mounted energy recovery units (ERU) with integral water source heat pump systems.  The energy recovery portions of the VUV systems and ERU’s recover approximately 60% of waste energy in both heating and cooling modes which is then used to pre-treat outside air to meet ventilation requirements.  Each classroom has independent temperature control and the ability to be in either heating or cooling without the restraint of a central heating and cooling plant.  The majority of non-instructional spaces also have independent temperature control.

All three buildings operated by Onsted Community Schools are located on one site in a campus arrangement, so there was an opportunity to construct a single geo-exchange system to serve all buildings.  Since the High School is less than 20 years old, and the existing systems were not in need of replacement, only the pumps and main piping from the buildings to the vault were sized to accommodate the High School load, and space was provided for future field expansion.
Sufficient undeveloped area was available for the geo-exchange field in several locations on the site, but they were a considerable distance from the buildings, increasing the installation cost.  To minimize cost, the option of directionally drilling under an existing irrigated soccer field was investigated.  This option proved the least costly to install, and eliminated the majority of site disturbance and restoration.  A series of horizontal directionally drilled loops and vertically drilled loops make up the entire field.

Because of the lower energy cost to run the facility, the carbon footprint is reduced and thereby making it a truly green building. 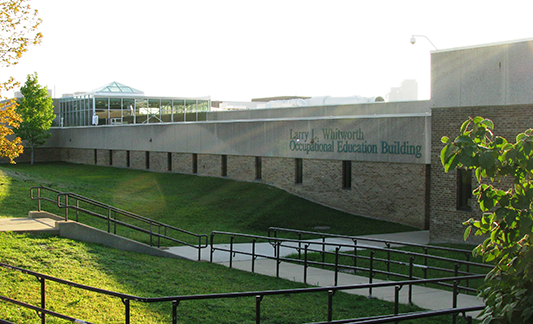 The design team’s challenge for the WCC OEB renovation was to utilize the latest and most efficient and complementary architectural, mechanical and electrical technologies 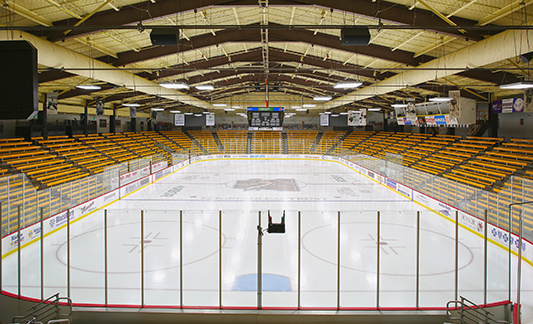 The renovation of Lawson included the addition of a new ice sheet and a 1,200 square foot mechanical room that would house the new ammonia-based ice plant equipment. 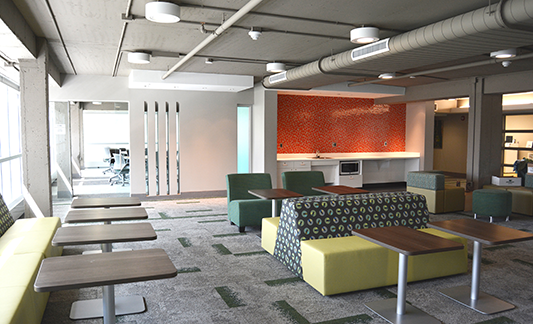 Butterfield Hall was the final housing facility in the Brody Neighborhood to undergo renovations. As part of the renovation project, Peter Basso Associates (PBA) was tasked with improving existing building systems and components 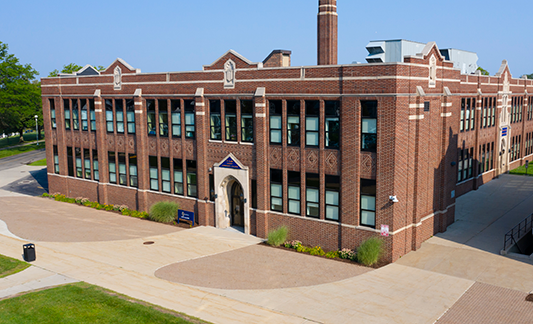 The Saint Clair County Community College (SC4) North Building was built in 1920 and is two stories with an area of 58,885 gross square footage and 52,574 net square footage. 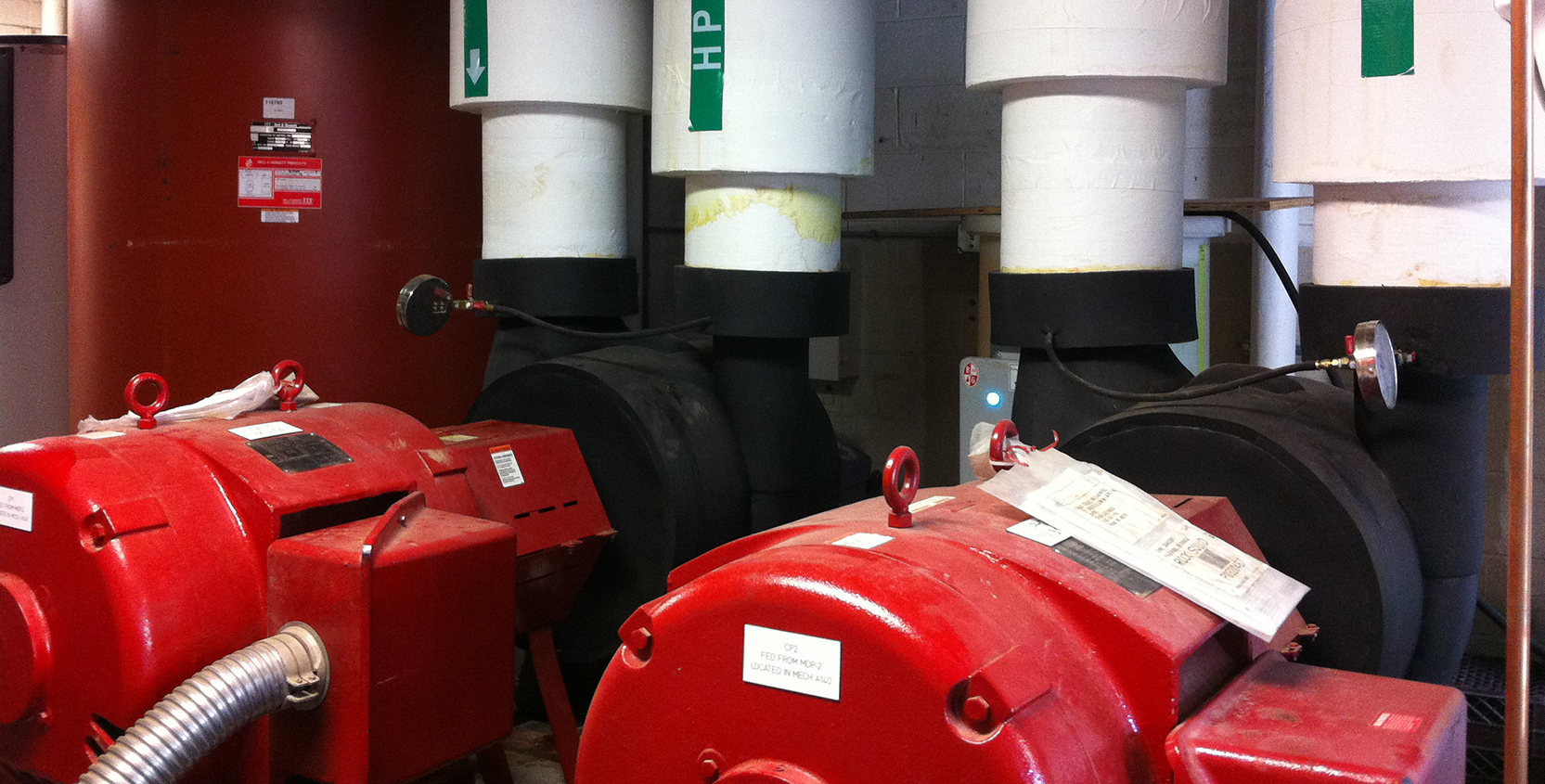 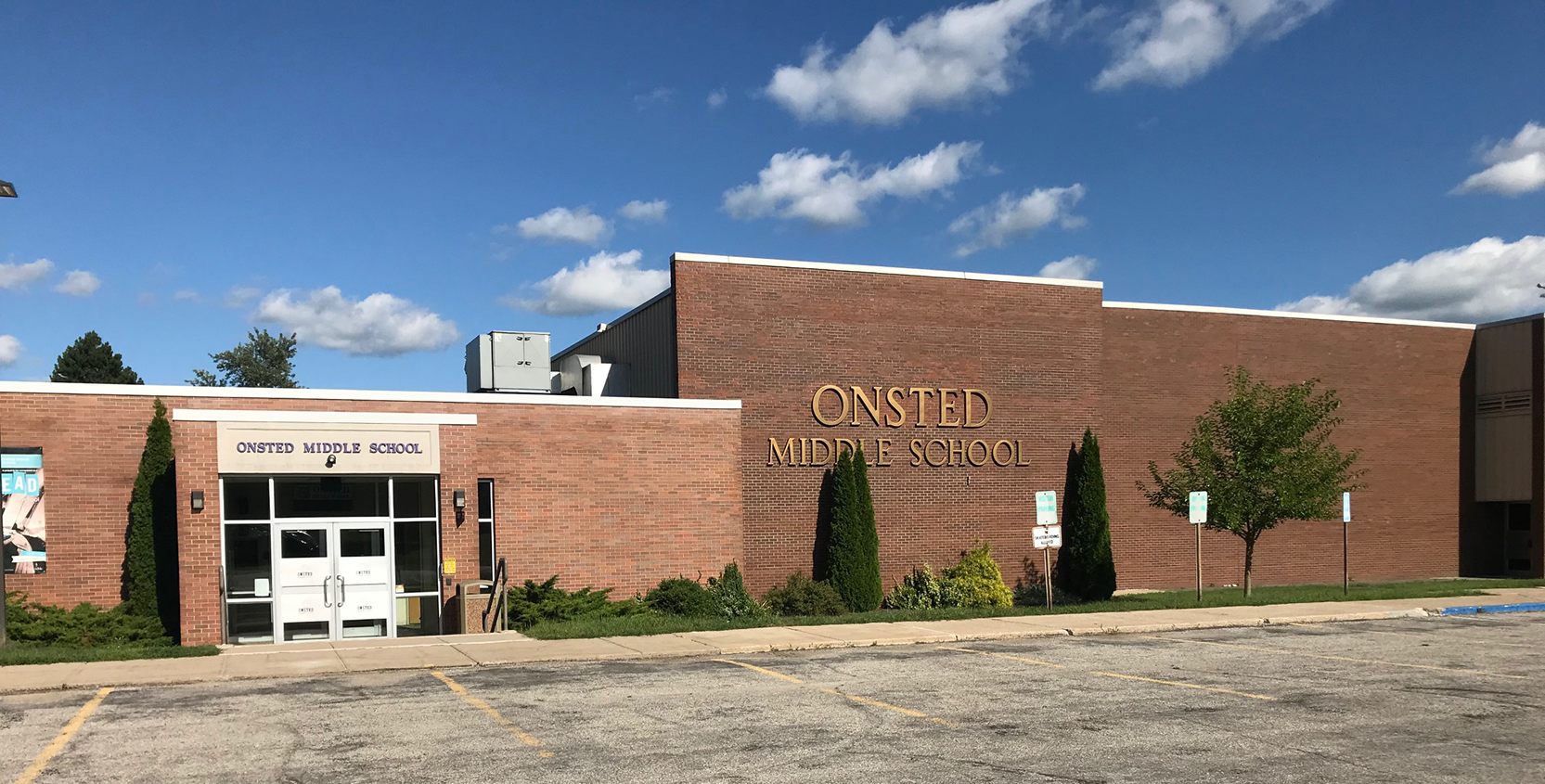