PBA provided mechanical, electrical, plumbing engineering and lighting design services for MMC’s new Liberal Arts and Business building, which houses classrooms, computer, art, and graphic design labs, library and learning services, faculty and administrative offices, student study areas, and conference rooms. The project was not submitted for LEED certification; however, it was designed to meet the criteria for “Certified” rating.
Part of the campus unification project which included the new LAB building involved many different energy conservation practices to help Mid Michigan Community College have a new facility that is both functional and energy efficient.

Most of the energy savings obtained from this project was in the form of equipment selection and control strategies. To provide cooling for the entire Campus Unification addition, a magnetic bearing air cooled chiller was selected, which has superior part load efficiency compared to other standard air-cooled chillers. Because most systems operate at part load ninety percent of the time, the part load efficiency is a very important benefit. The air cooled chiller is controlled by the building’s direct digital control (DDC) system and has variable speed drives on its chilled water pumps. This combination maximizes system efficiency.

Heat is provided for this project through a high efficiency condensing boiler that has a minimum efficiency of eighty seven percent. As firing rate decreases and the hot water temperature is reset, the efficiencies are able to reach ninety-four percent. The heating hot water system is a primary-secondary system with variable flow provided from variable speed drives, which delivers only the required amount of hot water, minimizing wasted pumping and boiler energy. To further minimize the energy impact, the condensing boiler is controlled by the building’s DDC system giving it enhanced control.

Under floor radiant heating was provided to offset perimeter heating losses. It provides superior comfort and allows unoccupied night setback without cycling air handling equipment to conserve energy. The use of under floor heating at a lower hot water heating temperature provides colder return water back to the condensing boiler, increasing its efficiency.

All of the air provided to the building comes from a variable air volume system that allows only the required amount of air be delivered to each space. The entire air handling unit system is controlled by the building’s DDC system, allowing for full control and reduced energy consumption. The main air handling units use fan array technology that increases the efficiency, life expectancy, and day to day operation of the supply and return fans.

Demand control ventilation was installed throughout the entire building using space mount carbon dioxide sensors to monitor the real-time levels in each space. The carbon dioxide level is maintained by opening or closing the outdoor air dampers on each respective air handling unit as the loading of the building changes. Not having the ability to reset the outdoor air in real-time for this 90,000 square foot addition would result in a tremendous amount of wasted energy.

The air-cooled chiller with magnetic bearings provided on this project can achieve near water cooled chiller efficiencies. Magnetic bearing technology has a near-frictionless, two-stage variable speed centrifugal compressor and utilizes an oil free design. The elimination of oil helps to keep factory tested efficiencies a possibility over the life of the chiller, and also reduces the required maintenance, saving both time and money for the owner. The increased efficiency compared to a standard air-cooled chiller decreases the operating costs by roughly thirty-five percent.

Finally, the air-cooled chiller is able to achieve very quiet operation compared to other similar sized air-cooled chillers. This unit has a total sound signature of seventy-two decibels at thirty feet away, simultaneously creating a more energy efficient and less noise intrusive system. 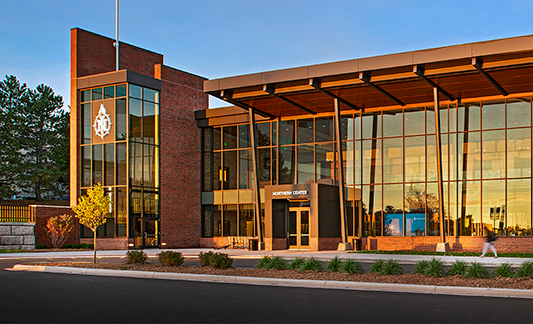 Utilized by the University as well as the community, The Northern Center holds the largest conference center space in Marquette County 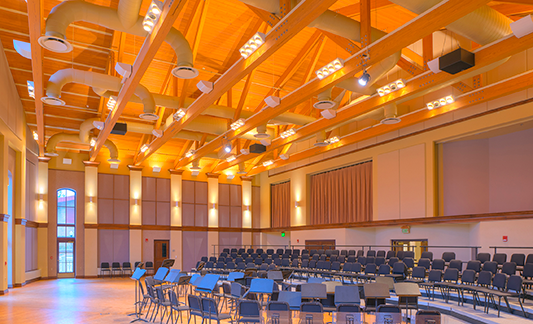 The John and Dede Howard Music Building on the campus of Hillsdale College boasts a large rehearsal hall for orchestra and choir and a smaller, intimate recital hall 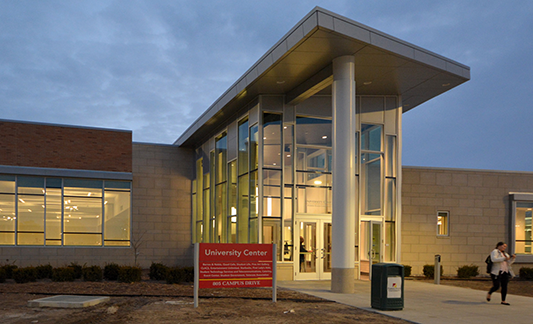 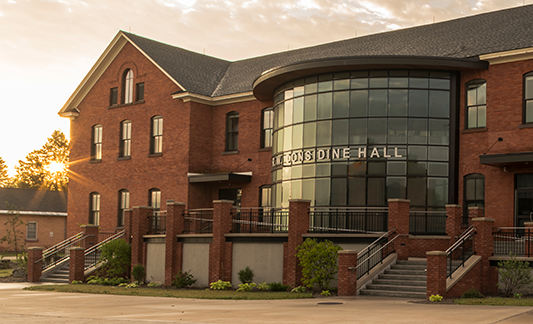 South Hall was a century-old building that dates back to the days when LSSU’s campus was Fort Brady and was built to house infantry soldiers. 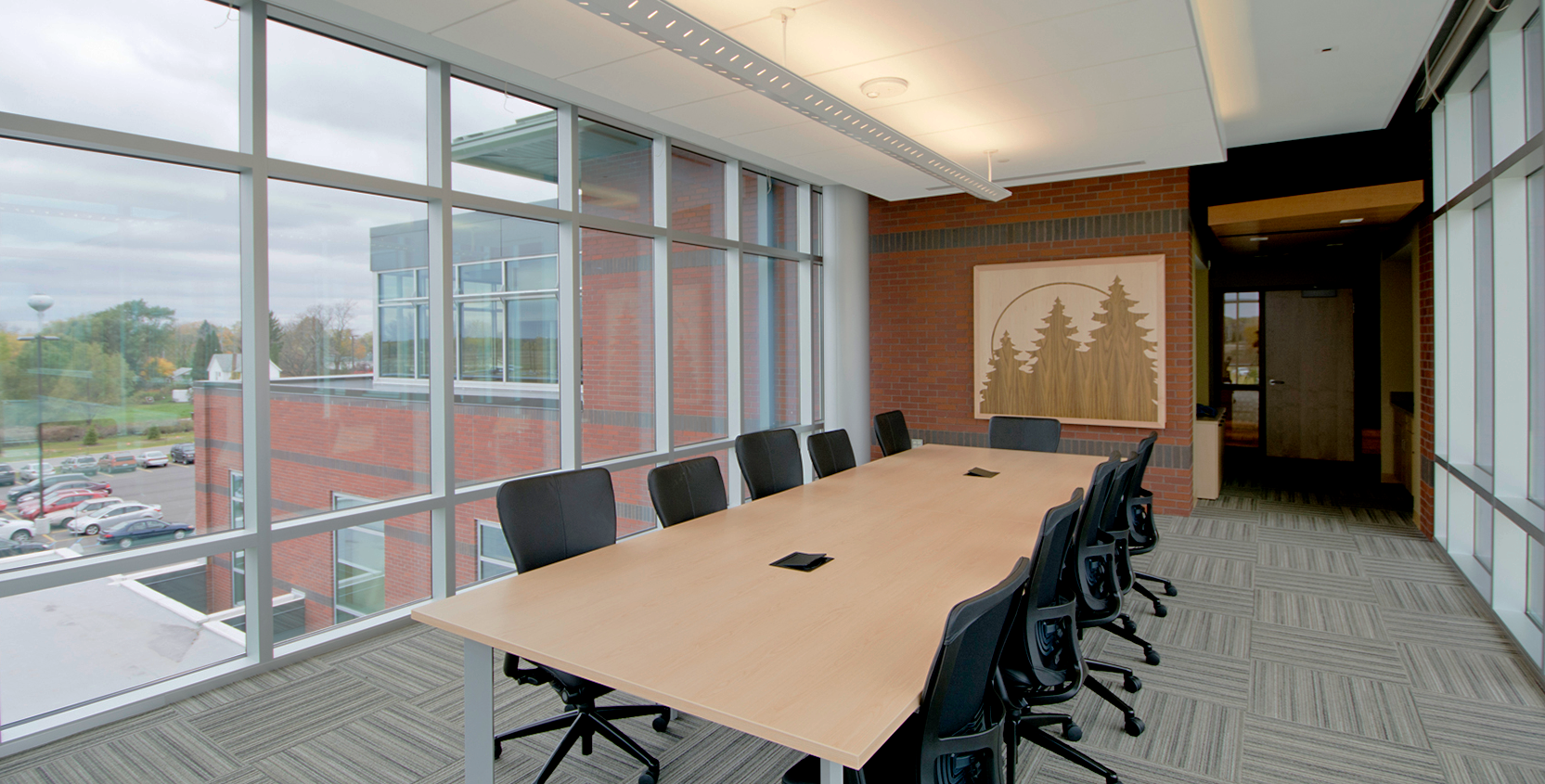 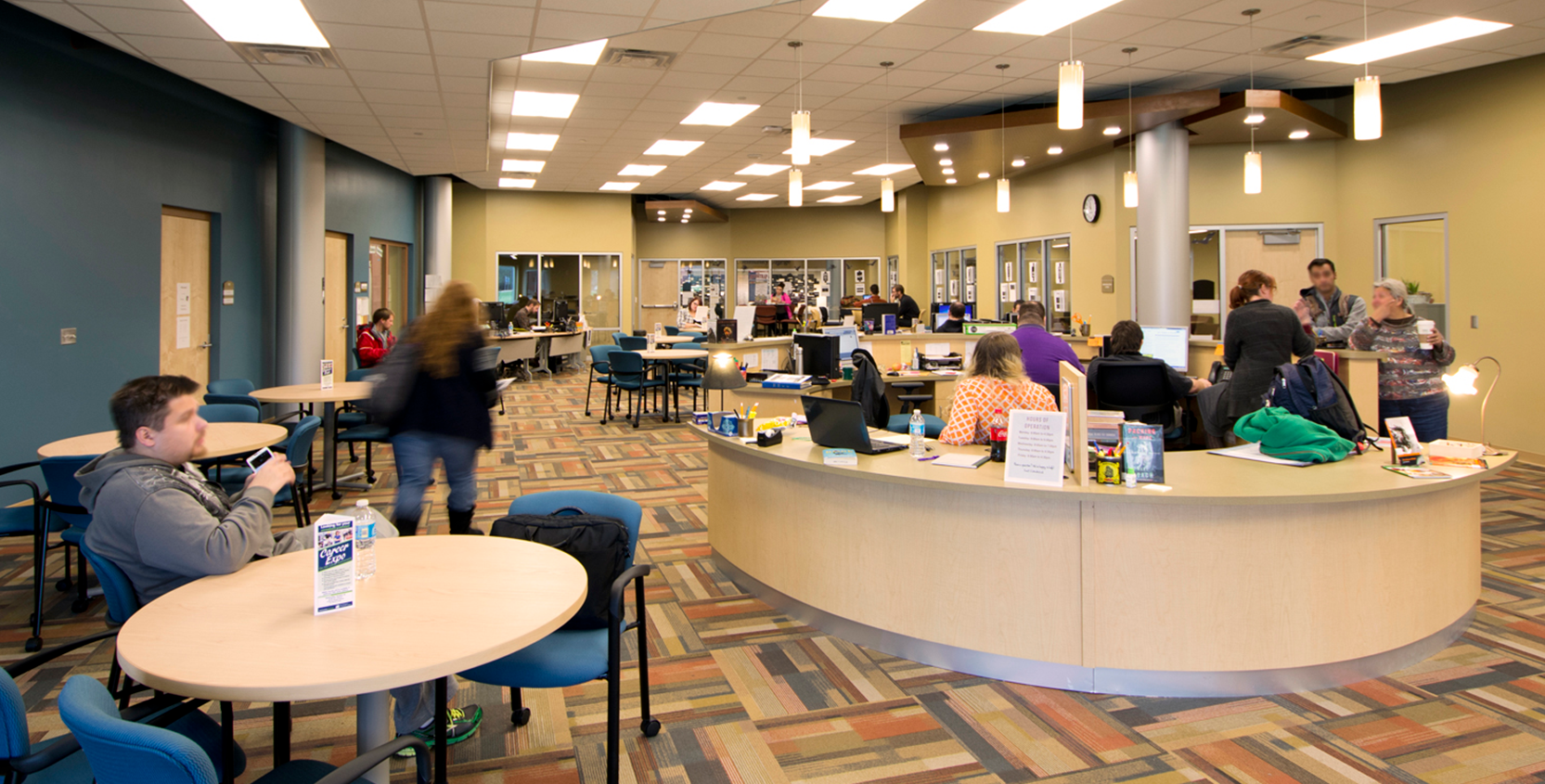 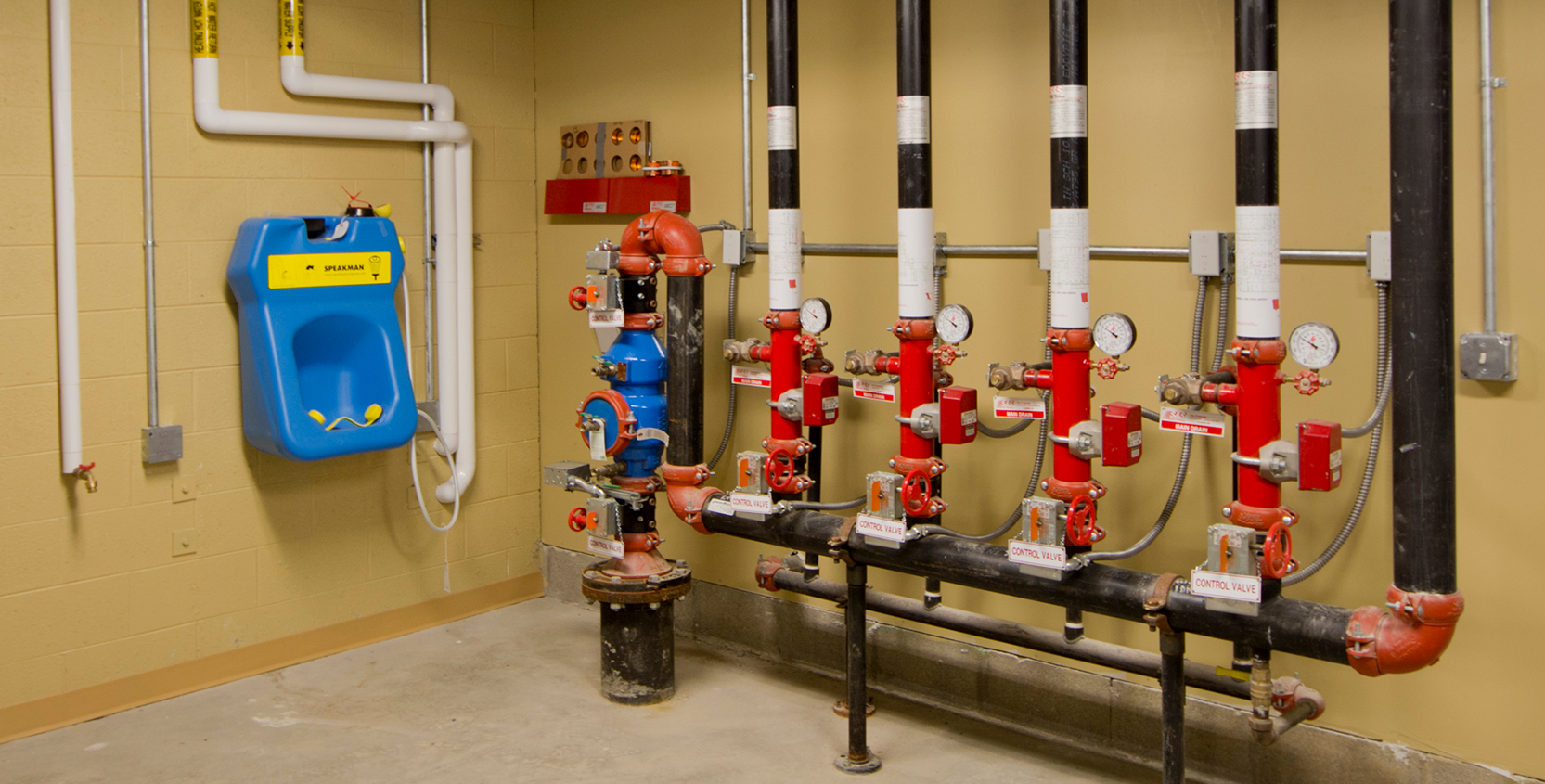 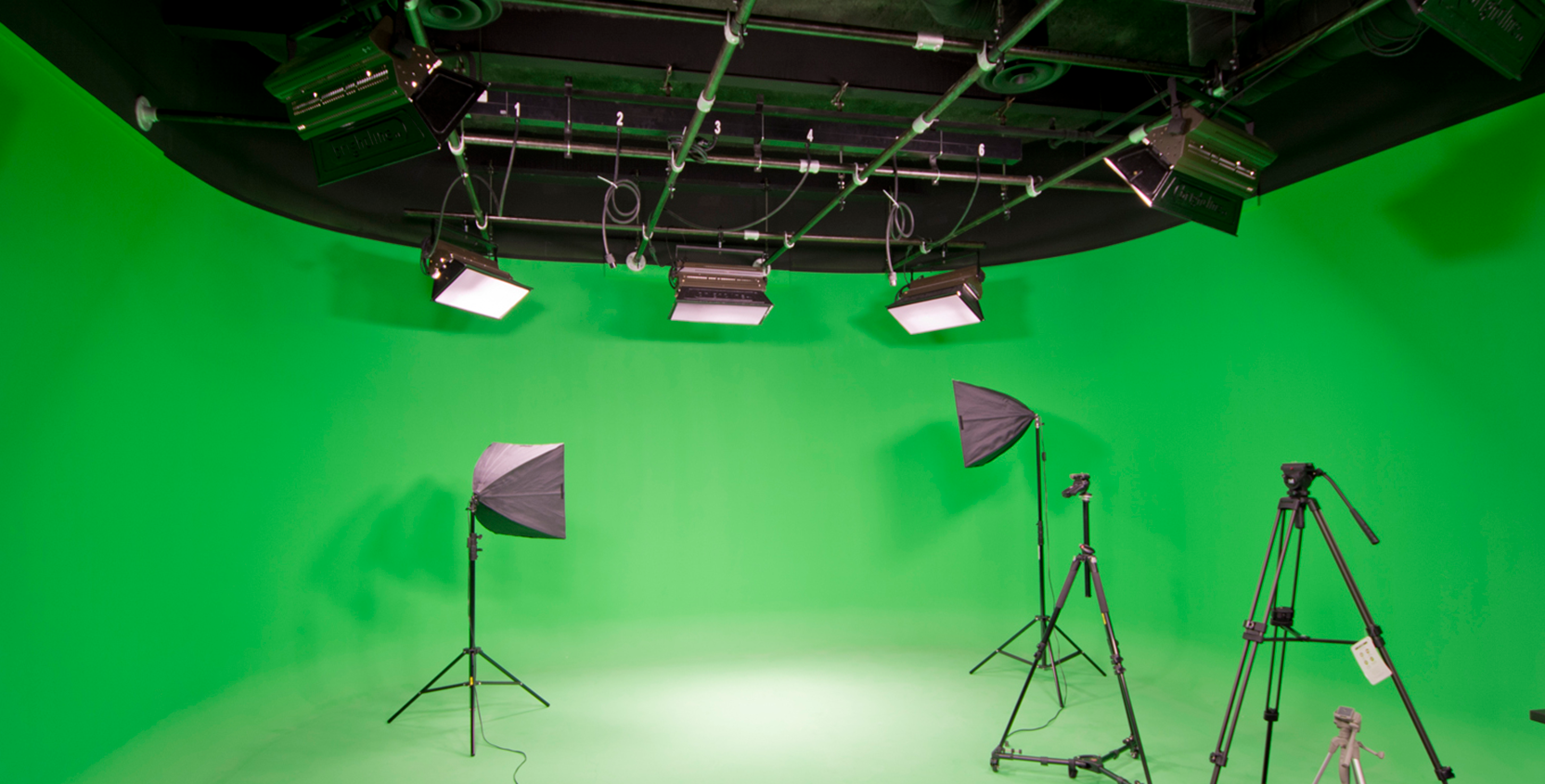